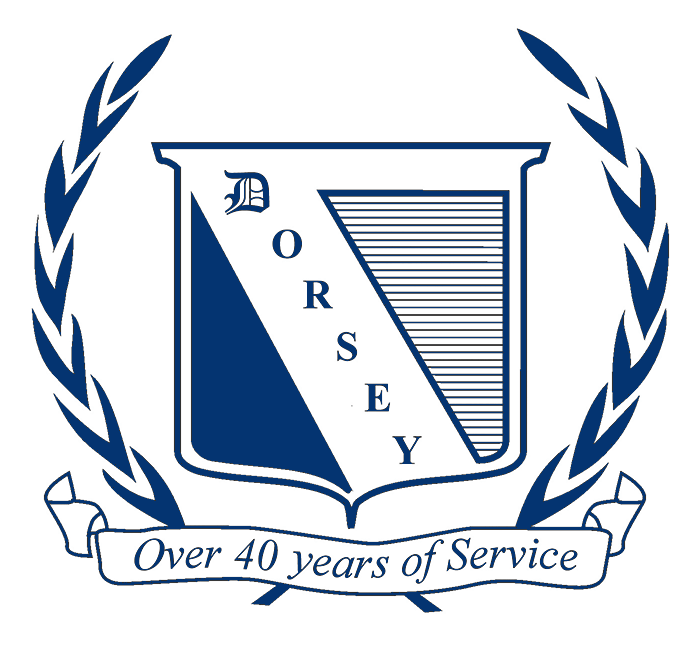 Our staff is comprised of dedicated and licensed professionals with the experience to answer all your questions regarding our services. Please feel free to contact any of our staff members at any time.

David W. Bolyard Jr. is president of Mountain Funeral Group, a family of nine funeral homes in Preston, Taylor, and Harrison Counties in West Virginia, and founder of 4LocalObits.com, an obituary publication service that will revolutionize how the world advertises and finds death notices. He began working in the funeral industry upon graduation from Preston High School in 1993 and while he attended Fairmont State University and the Pittsburgh Institute of Mortuary Science, from where he graduated in 1998. Some of the funeral homes where he got his start – Taylor, Davis, and Bartlett – are now part of his company. On a short hiatus from the funeral business, he worked in the financial industry to gain the knowledge to become a successful business owner. When his grandmother took ill and died, Bolyard felt called to return to his profession. He purchased a fire department and remodeled two buildings of more than 5,000 square feet and opened the Bolyard Funeral Home in 2007. He bought the Rotruck-Lobb Funeral Home Taylor Chapel in Newburg in 2008 and renovated it into his company’s main billing office and a medical clinic. He purchased Davis Funeral Home in Clarksburg and Bartlett Funeral Home in Grafton with a business partner in 2009. The pair added Greathouse Funeral Home in Salem and Dorsey Funeral Home in Shinnston in 2011. They built a human crematory in 2012 and later added a pet funeral home and crematory. In 2014 they opened Affordable Funeral and Cremation Center in Nutter Fort. David is very active in his community, being past president of the Preston Memorial Hospital Foundation and still serves on its board. He is president of the Preston County Commission Building Committee. David owns and operates a 30-bed assisted living facility in Grafton, WV, and residential and commercial rental properties in three counties in West Virginia.

Louie G. Male was born in Clarksburg, WV and is a native of Lumberport, WV. Upon graduating from Lumberport High School in 1973, he attended Fairmont State College. Louie served his apprenticeship at Dorsey Funeral Home in Shinnston, WV, and graduated from Pittsburgh Institute of Mortuary Science in 1977. Upon graduation, he worked for various funeral homes in the area, and was employed by Davis Funeral Home and Bartlett Funeral Home from 1996 through 2006. Louie has been dedicated to serving families for over 37 years. He is a member of local 39 Operative Plasterers and Cement Masons in Morgantown, WV, and a member of Enterprise United Methodist Church. He currently resides in Westover with his wife, Julie.

Rev. Harris is the son of the late Elder Johnnie and Mother Minnie Harris. He is the oldest of eight children.

Rev. Harris is a retired Marine who served our country for twenty-six years and obtained the rank of Master Gunnery Sergeant (E-9).

Charles Lowther was born and raised in Elkins, WV and has over 20 years in the funeral business. He is alicensed director in WV and VA. Charles worked in the coalmines for 25 years and his passion is being in the funeral business. His story has a unique twist with his family owning the Lowther farm where Davis Funeral Home now sits. He has one son, Charles II and one lovely grandchild, Ella Grace. He is a current resident of Bridgeport and travels home to the farm in Elkins for relaxation.

Morgan Mayfield is a third generation funeral home proprietor. He is the operator of Morgan Funeral Home of Reedsville, WV and a partner of Mountain Funeral Group. He graduated from Valley High School in Masontown, WV in 1972. He attended West Virginia University and received a Bachelor's degree in Accounting in 1977. He graduated with honors from the Pittsburgh Institute of Mortuary Science in 1979. After finishing his education, Morgan Mayfield took over the family business and had the new facility built in 2000 at its present location. He began his career working for his family owned Morgan Funeral Home but also worked for Taylor Funeral Home in Newburg, WV. When Mr. Richard Taylor fell ill prior to his retirement, Morgan assisted him by taking care of all the day to day business needs for approximately four years. Morgan resides in Reedsville, WV. He also has done contract work for Mancinelli Funeral Home in Morgantown, WV; Browning Funeral Home in Kingwood, WV; and Hastings Funeral Home in Morgantown, WV. He has been a parade marshal for the Preston County Buckwheat Frestival for over 25 years. He continues to serve the people of Preston and surrounding counties with the same dedicated service taught to him by his grandfather, mother, and father. He is an avid sportsman having been an Elk Hunting guide in Wyoming and Idaho. He is a life member of the NRA, an amateur photographer, and enjoys waterskiing. His philosophy is, “Try to put yourself in that first row, where a family is sitting during a funeral service, so that you might always remember how they are feeling during this difficult time and so that you are able to serve them in a way that will help ease the pain of losing a loved one."

A previous funeral home employee since fall of 2009. He grew up in the Northview section of Clarksburg, WV. A 1976 graduate of Liberty High School, where he was feature twirler. He, also, attended Fairmont State College and majored in music education. Retired from Verizon after 30 years of service and last 9 years as a system technician and, also, CWA Local 2011 Union President (from 2002-2008). He is the son of the late Russell J. Mazzie, Sr. and Mary L. (Roveto) Mazzie of Clarksburg, WV. He attends St. James Catholic Church in Northview and has been Liturgical musician (Organist) for over 42 years. He is a member of the Knight of Columbus #872 of Clarksburg and Clarksburg Columbian Club.

A native of Harrison County, Elizabeth Rose Cunningham, brings her skills and life experience to our funeral homes to develop extended services as Director of Aftercare. Founder and president of the non-profit organization, Live Your Live Foundation, Elizabeth has had a successful career as a Certified Events Coordinator and Travel Manager and is currently working toward a Life Coach certification. Formerly, Elizabeth Lynn Huffman, she is an inspirational speaker and published author. Her book, Porch Swings and Fire Flies : Creating Life Out of Loss, chronicles the difficulties and triumphs of her journey as a young widow and mother creating a new life out of loss. She is the mother of Ryan Rose and Jennalea Rose Wallace and the wife of Pastor David Cunningham

Thom is a retired letter carrier from the Shinnston Post Office with thirty one years of service. He is a graduate of Notre Dame High School and attended West virginia Business college. He is a member of the Knights of Columbus, National Active and Retired Federal Empoyees and National Association of Letter Carriers. He and his wife Cherie live in Shinnston and are the proud parents of two daughters Pam Kitchens, of Dallas, Texas and Maranie Warren of Columbus, Ohio and three grandchildren. Thom was Vice President for seven years before becoming President for thirteen years of NALC Branch 4458 representing nineteen post offices in north central West Virginia until retirement. He was the Health Benefits Representative of NALC Branch 4458 for Thirteen years. A US Army Vietnam veteran he was in recruiting in Louisville, Kentucky for the last thirteen months of service. Before working the postal service Thom was business coordinator for C & P Oil and Gas Company and Imperial Corporation. Thom is currently accountant for Communication Workers of America Local 2004 and was accountant for several businesses before retiring including Communication Workers of America Local 2011. Thom and his wife are members of Saint Ann Catholic Church in Shinnston.

A West Virginia native and a lifelong resident of Shinnston. Paul, a coal miner retired in 1995 from Consol Energy Robinson Run Mines. Paul started working at the funeral home in 2007. Married his high school sweetheart Karen (Shingleton) Harclerode and they have been married for over 51 years. They have three children and seven grandchildren. He enjoys golfing and camping at Big Bear. Paul loves his family, life and his Lord and Savior Jesus Christ.

Tracy has worked at Dorsey's Funeral Home since2009. He graduated from East Fairmont High School Class of 1959. Tracy was in the US Army during 1960 to 1963. He is a retired Coalminer from Robinson Run Mines # 95 with 33 years of service. He currently lives in Worthington, WV with his wife Carolyn Satterfield Smith of 48 years. They are the proud parents of three children, Brenda, Jeffery and Bryan; four grandchildren, Micheala, Jessica, Amanda and Joshua. He attends Bethel Baptist Church in Fairmont regularly. Tracy was a past District Governor, Lions 29 L where he has been a 47 year member, Masonic Lodge St John’s 324, 44 year Trustee of Cemetery Board and was former Mayor.

A West Virginia natvie born in Harrison County. He grew up in the Stealey section of Clarksburg. The son of the late Robert E. and Geneive White. A 1960 graduate of Washington Irving High School. A graduate of Gordon Military College Barnsville, Ga. majored in business, a graduate of Allegheny Technical Institute for Electronics Pittsburgh, Pa. with Electronic Technician Degree. Retired from 3M company with 19 years service as a master Electronic Technician. Retired from Mylan Pharmaceuticals maintenance department as an air handler/filter technician. Was a member of Pace (United steel workers) 5-097 as a union stewart. A licensed WVA Realtor since 1981. Married to Frances Jean Kroll, she is a West Virginia native born in Harrison County. Wayne and Jean attend Trinity Assembly of God in Fairmont. They have two daughters Jennifer L. White and Deborah J. White. They attend Stealey Assembly of God.

Barbara Dillard is the daughter of the late James Carl and Ophilia K. Davis. She was born in Clarksburg, WV. She has one sister, Carrol Meeks.

Barbara began her career with Davis Funeral Home in January 2013.

She was married to the late Robert L. Dillard for 45 years. They had one son, Kenneth W. Dillard. They were the grandparents of Tanisha, Kelsie, Kenneth, Jr., and Airon.

Previous employee of a former Funeral Home for 6 years. A native of Taylor County growing up in Grafton. The daughter of the late Sam and Catherine Veltri. 1969 graduate of Grafton High School. Retired in 2006 with 32 years of service with the Dept. of Health and Human Resources as telephone operator/clerical. Also, works at the Harrison County Court House part-time in the Housekeeping Department. She attends St. James Catholic Church in Northview where she is a lector. She is married to Jimmy Mazzie.